What is the CLOuD Study?

In this study, we would like to find out if our Closed Loop technology can preserve the function of beta cells in young people who have recently been diagnosed with type 1 diabetes better than standard treatment (multiple daily injections)

Up to 100 young people aged from 10-16 years old will be included in the trial. We will recruit from seven diabetes centres in the UK. Following a diagnosis of type 1 diabetes, half of the young people enrolled in the study will use Closed Loop technology, and half will continue with multiple daily injections. Following enrolment participants will remain in the study for two years. An optional extension phase has been added to the study to measure the long term effect of using a closed loop system from diagnosis for an additional two years.

We are also interested in finding out how the young people in the study and their parents feel in terms of quality of life, diabetes management and fear of hypoglycaemia.

What is Type 1 Diabetes?

In type 1 diabetes the body’s immune system attacks and destroys the beta cells in the pancreas (insulin producing cells). At diagnosis, there is usually a small number of beta cells left which still produce insulin; we call this residual beta cell function. Most people with diabetes eventually lose the ability to produce insulin themselves.

If you want to find out more about what diabetes is, and how it is treated you can click on the question mark to find some useful links

What is the Closed Loop system?

The Closed Loop system includes a Dana RS Diabecare insulin pump, Dexcom G6 continuous glucose monitor (CGM) and the CamAPS FX control algorithm on an android smartphone. The Dexcom G6 CGM measures blood glucose levels continuously and transfers this inforamtion to the app on the smartphone. The app then works out the insulin dose required and tells the pump to release the right amount of insulin into the body.

The system is also sometimes called the artificial pancreas because it monitors blood glucose levels and adjusts insulin delivery like a real pancreas. 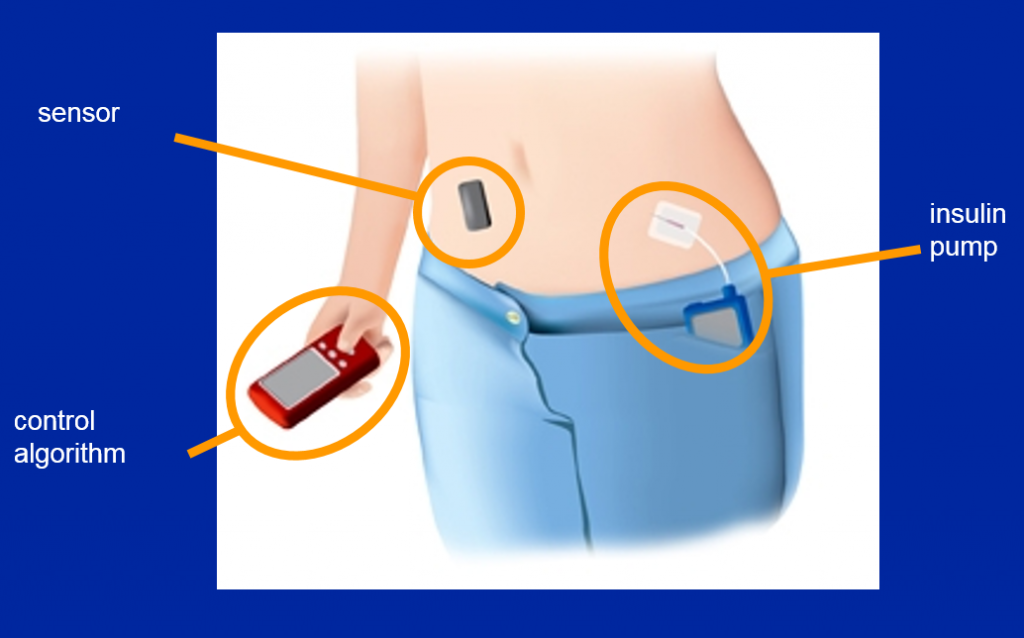